Posted on March 31, 2017 by mesdamesofmayhem

THE ARTHUR ELLIS AWARDS ARE COMING!

The  biggest night of the year for  Crime Writers of Canada (next to the Arthur Ellis banquet itself) will take place Thursday, April 20th when the shortlist for this year’s Arthur Ellis Awards will be announced. In Toronto the event will take place at Chapters/Indigo Bookstore, 2300 Yonge St., at Yonge and Eglinton, beginning at 7:00 p.m. Simultaneous events will take place in  five other Canadian cities.

The Toronto evening will begin with readings from crime writers, including Mme. Lisa de Nikolits. Lisa will read from her latest novel, The Nearly Girl. The nominees will be announced in our May blog and the awards will be presented at the Arthur Ellis Awards banquet, Thursday, May 25th, to be held at the Arts and Letters Club, 14 Elm St., Toronto.

Hey, all you fans of cozies, capers, and light mysteries! Mark your calendars for Thursday, April 13, when the 2017 Bony Blithe Award shortlist will be announced.

And set aside Friday, May 26, for the Second Annual Bony Blithe Minicon & Award Dinner. Bony Blithe’s tribute to the late, great Bloody Words will be even bigger and better this year with the event running from 11 a.m. to 9 p.m.  – 10 full hours of merry mayhem – at the High Park Club in Toronto. Lunch, dinner, panels, dealers room, and more are all included in the $65 registration fee.

We’re in full planning mode for the minicon right now. More details about registration and the event itself coming soon. Our new Website is currently under construction, so like us on Facebook https://www.facebook.com/bonyblithe/. We’ll post info there and let you know when our new Website is up.

Tuesday, April 11th, Mme Rosemary McCracken’s creative writing class, Novel II, begins at George Brown College. The course runs through to June 27th. If you want to learn the tools and secrets of successful novel writers, this course is a must. You may use this link to register. 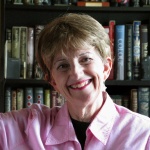 Thursday, April 20th will be a busy day for  Mesdames Rosemary Aubert , Lisa de Nikolits, Rosemary McCracken and M. H. Callway, who  will be reading at the Coxwell / Danforth Library, 1675 Danforth Ave. at 2:00 p.m.  Then it’s off to the Arthur Ellis Shortlist announcement in the evening.

AND THE WINNER IS:

On Sunday, April 30th, the Mesdames will have their own big announcement–the winner(s) of the short story contest for best unpublished mystery writer(s). The story or stories will appear in the Mesdames new anthology, 13 Claws.

This year’s Authors For Indies, where Canadian authors help out at independent bookstores, will be held on Saturday April 29th. Mme. Melodie Campbell, will be at A Different Drummer Bookstore, 513 Locust St., Burlington at 4:30pm.

Note: The launch date for Melodie’s latest book, The Bootlegger’s Goddaughter, has been rescheduled for April 18th at the Ancaster Branch, Hamilton PL,

Mme Lisa de Nikolits will be at Book City in the Beaches, 1950 Queen Street East, from 11:00 till noon.  Mme. M. H. Callway  will be at the Village Bookshop, Main Street, Bayfield, Huron County painting bookshelves and chatting to customers! 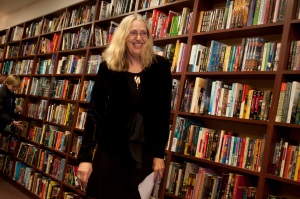 Caro’s new novel, A FRIEND OF MR. NIJINSKY, is now available as an ebook and the print edition will be out in April! The novel takes us back to 1916 in New York City.

Young man about town, Morgan Vanheusen, is not a big ballet fan, but when the great Nijinsky arrives in New York in 1916, he is stunned by the mesmerizing performance of the brilliant dancer. So intrigued is he that he braves his father’s wrath by helping the dancer steal away from his family’s estate during a charity event. An unlikely alliance blossoms and Morgan becomes known as ‘a friend of Mr. Nijinsky’. Suddenly doors open for him and he grabs the opportunity to get back to racing the motorcars he loves. But as the young American is drawn in to Nijinsky’s paranoid world, he is pulled into a murder investigation and discovers a side of his city he never knew existed. Then his sister is kidnapped by a mad Russian and only his new ‘friend’ can save her. Can Morgan count on the eccentric dancer to rescue his sister?

What they are saying:

In 1916, New York City quivered on the brink of the modern era. With elegant prose and exquisite period detail, Caro Soles transports the reader back to that complex world, weaving a subtle, utterly enchanting story of betrayal and murder amid the swirl of debutante soirees, motorcar racing, Russian ballet, and social upheaval. —Barbara Fradkin, award-winning mystery author.

A hundred years after Nijinsky’s arrival in New York, Caro Soles serves up a heady, high-octane cocktail of intrigue, death, and desire with this novel about a secret chapter of the dancer’s career. A racy read, in every sense of the word. —Steven Saylor, author of Roma: The Novel of Ancient Rome.