Posted on April 28, 2013 by mesdamesofmayhem 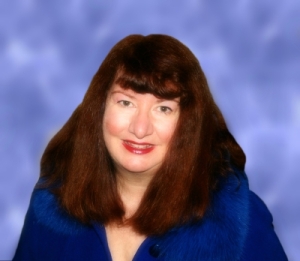 My worst ever professional mistake was in an Annual Report for a one-hundred-million dollar corporation, in which an innocent little ‘t’ went missing from the word ‘assets.’ The board was not amused by “This year, we experienced an increase in corporate asses.”

Today, I found out what one little vowel can do to ROWENA AND THE DARK LORD.

Okay, REALLY uncool when you misspell the name of your own book on your own blog.

ROWENA AND THE DARK LARD is probably not the best way to get sales for a fantasy series. However, as I do write comedy, I’m thinking about a parody.

Is it okay to write a parody of your own book?

Draft one: ROWENA AND THE DARK LARD
Synopsis 1: Rowena moves back to Land’s End and opens up a bakery.
Synopsis 2: Cedric’s use of dark magic goes totally out of control, and so does his appetite.
Synopsis 3: Thane and Rowena return to Land’s End and become pig farmers.
Synopsis 4: Rowena messes up another spell that causes all who look at her to turn into donuts.
Synopsis 5: Rowena kills off Nigella Lawson in a battle with pastry rollers, and assumes the role of Prime Time Network Food Goddess .
Synopsis 6: Someone takes a totally justified whack at the author. End of series.

Excerpt from ROWENA AND THE DARK LORD

Men’s voices again, echoing like souls lost in a fog. The mist lifted in one swift movement to disappear into nothingness. In its place, were at least a hundred men.

Bugger. I messed up.

“Houston, we have a problem,” I said out loud. This wasn’t supposed to happen. I must have pronounced one of the spell words wrong.

“Who is Houston?” Lars said.

“Romans?” I stared at the battle-scarred men before us. They looked exhausted. They also looked bloody, dirty and rather short. Not to mention confused.

How the heck could they be Romans?

“What the hell?” I stared. The men came to life moving with purpose into a square. Within seconds we were facing a shield wall bristling with spears.

The man on horseback stared at me. No stirrups on his saddle. A helmet that was in history books. Definitely Roman. I stared back at him.

Romans? In this time? What the poop had I done?

“It’s a freaking temporal rift!” My laugh was strident. “Where the hell is Spock when you need him?

Melodie Campbell achieved a personal best this year when Library Journal compared her to Janet Evanovich. She has over 200 publications, including 100 comedy credits, 40 short stories, and 4 novels. She has won 6 awards for fiction.

Visit Melodie at her site: www.melodiecampbell.com
Or at her Blogsite: www.funnygirlmelodie.blogspot.ca

ROWENA AND THE DARK LORD is NOW AVAILABLE at the special introductory price of .99! (regular price $3.99, after May 1.)