Readers on the Couch: Why do people love mysteries? ~ guest blogger Cecilia Dominic

Posted on October 4, 2013 by mesdamesofmayhem 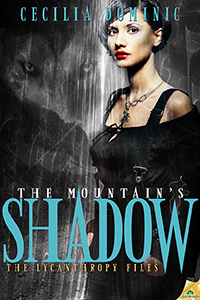 First, a huge thank you to Donna Carrick for inviting me to write this post!

As a psychologist and behavioral sleep medicine specialist, I hear the following three complaints most often in my practice:

1. I can’t sleep.
2. My mind won’t stop racing.
3. Why is this anxiety/depression/sleep problem happening to me?

I address the first two a lot. The third one doesn’t come up quite as often because people, being naturally curious about themselves and their own lives and minds, usually have a good idea of how their sleep problems started. However, when I ask if they can think of what kicked off their insomnia, about ten to twenty percent of patients frown, wrinkle their noses, and eventually admit they can’t say why or give some vague answer like “stress, but my life has always been stressful, so I’m not sure that’s it.” Some are very distressed that they can’t figure out the origin of the problem because, as human beings, we like to have explanations. Knowing why gives us a sense of control.

According to writing professionals, people love mysteries because it’s fun to play along with the detective to solve the puzzle, they like to know about why the murderers did what they did, and it’s a safe way to satisfy the thrill-seeker in all of us. They satisfy us on a deeper level when justice is served, and everything turns out, if not okay, then as okay as they’re going to be in a satisfying way. The appeal of mysteries goes beyond the good/evil story, though. I also believe they give us a safe place to explore the question of why bad stuff happens.

The mystery at the heart of the plot of my debut novel The Mountain’s Shadow, which was released October 1 by Samhain Publishing, is what happened to the main character’s grandfather and why, but the broader issue faced by the heroine Joanie Fisher, a behavioral health researcher who has just lost her job, is, “Why did all this awful stuff happen to me?” Isn’t this a question we all face at some point?

Part of my heroine’s struggle is that the answer lies in her own genetics, and the disorder she’s been researching takes on a frightening personal significance. Some might argue that this was a convenient happenstance for the purpose of story, but it grew out of experience. We had a running joke in graduate school that we study what we struggle with, so, for example, those of us on the alcohol research team had latent drinking problems. We didn’t, at least not any more than your average psychology graduate student, but you can bet it was something I thought about. I suspect that a lot of us who go into psychology wonder at times if we did it to fix something we don’t like about ourselves.*

In mystery novels, one of the fun parts is figuring out the motivation of the villain. My favorite villains are the ones whose reasons for killing, robbing, or other illegal behavior go beyond monetary gain or pure badness. Sure, sociopaths are interesting – to a point – and they can be very entertaining when matched up against their polar opposite (e.g., Holmes and Moriarty as portrayed in the recent BBC series Sherlock – sorry, but it’s been ages since I read the books, and I don’t remember if Conan Doyle explained Moriarty’s backstory), but for me, again, it’s got to go beyond pure good vs. evil. Even the definition is up for debate, as is explained in the book I’m currently reading, Humanity’s Dark Side: Evil, Destructive Experience and Psychotherapy. One of the questions the chapter authors keep coming back to is whether evil is just fundamentally present in some people, or if it arises from other circumstances. Several argue the latter, that people do “evil” things because of how they were raised, genetic history or biological factors, previous learning or other experiences, or societal circumstances.

So there’s another reason to enjoy mysteries: it’s hard to acknowledge the parts of ourselves that predispose us to end up in troublesome situations, but it’s fun to explore them in others. Whether it’s the genetics that make us likely to develop some sort of disorder or the mistakes parents made, we all have to face the origins of our own bad behaviors – and we all have some, although hopefully not at mystery villain level – at some point, or at least try to, and decide how to deal with it.

This brings me back to my heroine. She has to embrace, not fight against or avoid, what she is and what she learned from her past life as a researcher to rescue herself and her friends from a potentially deadly situation. She also has to face the consequences of some bad behavior in her past that eventually ended her up in her current situation. Since the big villain in the book doesn’t get revealed until the very end, I won’t tell you what that entities’ motivation is, but the apparent villain’s reasons for his actions have both evil and redemptive qualities.

So why do people enjoy mysteries? They give us a safe space to explore the questions of why bad things happen and how people overcome both external and internal factors to deal with their challenges. Who knows? Maybe thinking about what we identify with in these stories can point out areas we need to explore in ourselves, which may then lead us to some helpful explanations and growth.

* If this is the case, don’t go into psychology, just seek out your own therapy. Trust me, it’s less expensive and a lot less effort to face whatever it is than to avoid it by trying to fix it in others.

Cecilia Dominic wrote her first story when she was two years old and has always had a much more interesting life inside her head than outside of it.

She became a clinical psychologist because she’s fascinated by people and their stories, but she couldn’t stop writing fiction. The first draft of her dissertation, while not fiction, was still criticized by her major professor for being written in too entertaining a style. She made it through graduate school and got her PhD, started her own practice, and by day, she helps people cure their insomnia without using medication.

By night, she blogs about wine and writes fiction she hopes will keep her readers turning the pages all night. Yes, she recognizes the conflict of interest between her two careers, so she writes and blogs under a pen name. She lives in Atlanta, Georgia with one husband and two cats, which, she’s been told, is a good number of each.

Some mistakes can literally come back to bite you.
The Lycanthropy Files, Book 1

First it was ADD. Then pediatric bipolar. Now the hot behavioral disorder in children is CLS, or Chronic Lycanthropy Syndrome. Public health researcher Joanie Fisher was closing in on the cause in hopes of finding a treatment until a lab fire and an affair with her boss left her without a job.

When her grandfather leaves her his multimillion-dollar estate in the Ozarks, though, she figures her luck is turning around. Except her inheritance comes with complications: town children who disappear during full moons, an irresistible butler, and a pack of werewolves who can’t seem to decide whether to frighten her or flirt with her.

Joanie’s research is the key to unraveling the mysteries of Wolfsbane Manor. However, resuming her work means facing painful truths about her childhood, which could result in the loss of love, friendship, and the only true family she has left.

Warning: Some sexy scenes, although nothing explicit, and adult language. Also alcohol consumption and food descriptions that may wreck your diet.