Posted on December 3, 2013 by mesdamesofmayhem 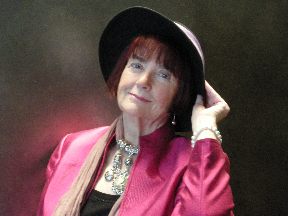 There is a word in the English language that is capable of turning perfectly articulate people into stammering, red-faced teenaged versions of their adult selves. I found this out early when I began teaching the Writing a Novel course I designed for George Brown College. The word is ‘sex’.

To begin, with I had not written any sort of topic specifically labeled ‘sex scene’. Into my outline. After all, this was only a few months after some of my books written by my steamy gay male leather-loving alter ego had been stopped at the border and refused entry as being far too much for innocent Canadians. But after one class dealing with relationships, a student came up to me and asked me if I wouldn’t mind reading his scene. He was too embarrassed, it seemed, to read it aloud in class because it was ‘pretty raw and racy’, said he, his cheeks flushed. This guy obviously did not read the Globe and Mail and was thus unaware of my scandalous double life.

After reading the pale labored sex scene the student had given me, I decided we had to talk. The whole group had to talk about sex in novels, and why it should be there. And why at other times it should definitely not rear its ugly head. And most important of all, how to write about it! So we did. A most popular class it became, too.

Novels are all about people, and sex is a part of who we are. What a character does in bed may show something about him or her that no other scene could properly convey. It may be surprisingly tender or alarmingly rough. Another aspect of our hero or heroine, told not as a paint-by-numbers exercise, as a lot of my students early efforts seemed to be, but with feeling and a deep appreciation of all the senses involved. Sex scenes are also a great way to mirror the society and the period when the story takes place.

Cliches are to be avoided at all costs when writing anything, and this is never so true as when writing about sex. Using coy words or heavy-handed imagery comes across as awkward and self-conscious. Just let go! Have fun! Revel in all that sensuality!

But when you do plunge into that tumescent scene, just remember you do not want to be in the running for the Bad Sex Award given by the British lit magazine The Review. Here is last year’s winner, ED KING by David Guterson:

“In the shower, Ed stood with his hands at the back of his head, like someone just arrested, while she abused him with a bar of soap. After a while he shut his eyes, and Diane, wielding her fingernails now and staring at his face, helped him out with two practiced hands, one squeezing the family jewels, the other vigorous with the soap-and-warm-water treatment. It didn’t take long for the beautiful and perfect Ed King to ejaculate for the fifth time in twelve hours, while looking like Roman public-bath statuary. Then they rinsed, dried, dressed, and went to an expensive restaurant for lunch.”

And lest you are crowing that it is only the literary writers who write bad sex, there was stiff competition from Lee Child:

Don’t get discouraged. You can do better. I know you can! There’s lots of great sexual writing out there, though I would probably not start with Rabelais. 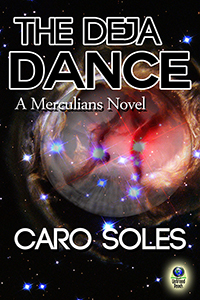 In 1989, Caro switched from teaching languages to teaching creative writing. Now that her students could understand her jokes, the classroom was much more jolly. She has taught writing in Community colleges, Berkeley University and given workshops at such varied places as the OutWrite Conference in Boston and the Tool Box Leather Bar in Toronto. She now teaches several courses at George Brown College, appropriately called Writing a Novel 1 and Writing a Novel 2. Her latest novel is The Déjà Dance, the third in the sf adventure/thriller series The Merculians.