Posted on May 6, 2014 by mesdamesofmayhem 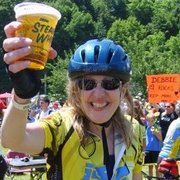 Technological revolution causes a paradox in impacted businesses: a rapid crumbling of seemingly impregnable bastions of commerce coupled with the birth of flourishing new enterprises. The proliferation of the e-book has led to a huge demand for book covers. And happily led to a marvelous opportunity for talented artists, like the Mesdames’ own Sara Carrick, to create and sell their work. 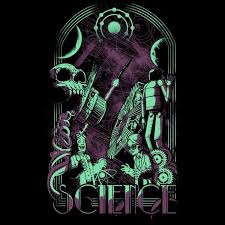 Confession time: I do pick books by their covers. An arresting visual grabs my attention the way the light from a laser pointer grabs my cat’s. Inevitably, a striking cover entices me to pick up the book whether it’s in a bookstore in the real world or on a website in cyberspace. Of course, I may or may not click on “Buy Now” or head for the cashier, but a beautiful cover will certainly make me read the blurb.

We all know examples of book covers that do not work. Generally speaking, these covers tend to be low contrast, too dark and/or difficult to read. The cover imagery is confusing with little connection to the story or at odds with the mood of the book. We all know the frustrations of fellow authors unhappily saddled with a cover that hampered sales of their books.

So what does make a successful book cover? What creates a cover that is eye-catching not only in trade paperback format, but also in the thumbnail sized image for an e-book? Based on my experience as one of the editors of Thirteen and with my upcoming novel, Windigo Fire, I believe that the secret lies in:

• the skill of the cover artist in crafting visually uncluttered, powerful images; and
• the author, editors and publisher working together to identify imagery with deep, meaningful connections to the story.

The imagery for the cover for Windigo Fire began with a title change. My publisher at Seraphim Editions had reservations about the book’s previous title, Gunning for Bear; she felt that title suited a more conventional action thriller. Although my novel contains plenty of action, it also embodies many spiritual elements. Its underlying theme stresses the corruption of violence on the different characters’ humanity, symbolized by the evil Windigo spirit of Native Canadian folklore. According to legend, the Windigo can only be destroyed by fire because he has a heart of ice, the reason why my editor’s new title, Windigo Fire, works so perfectly.

The title, Windigo Fire, further ties into the forest fire that is central to the story. The brilliant red and gold colours of the fire make the cover both meaningful and eye-catching. The visual contrast is enhanced by the deep blue of the evening sky and the dark outline of the bush plane: my protagonists are pursued by a killer bush pilot and much of the action happens at night.

Choosing the right cover for Thirteen (Carrick Publishing, 2013) was a challenge. How to create meaningful imagery for fifteen very different stories, ranging from outrageous comedy to dark psychological explorations? And how to differentiate the Mesdames of Mayhem collection from other mystery anthologies?

One option for the cover was to use only our logo, but the Mesdames unanimously preferred to leave the logo as a trademark. Instead, we opted for two dramatic images from the stories: the skull, from Sylvia Warsh’s Arthur-nominated story, The Emerald Skull – a gift for a crime story collection, of course – and the lion, from my story, Amdur’s Cat, for a touch of “weird”. The Mesdames’ signature purple colour is the background, symbolically tying the thirteen authors together.

(It bears noting that our Crime Anthology THIRTEEN received two Arthur nominations for Best Short Story: Watermelon Weekend by Donna Carrick and The Emerald Skull by Sylvia Maultash Warsh. Kudos to the Mesdames as well as to Carrick Publishing!)

So how can an author create a cover with “wow”? I’ll fall back on the old chestnut from business school: team work. Nail down the imagery with your editor and publisher, then hire and work closely with the best cover artist you can find.

Windigo Fire by M.H. Callway (Seraphim Editions, 2014) is now available for pre-order at The Book Band.
This debut novel will be available in print September, 2014!