Raising a Glass to the Best Bloody Conference Ever! ~ by Donna Carrick 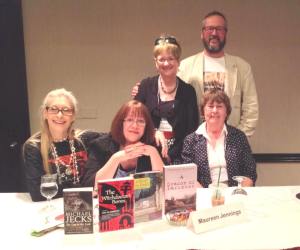 What do you call 250 Canadian Crime Writers at the Toronto Hyatt Regency in June?

A Bloody Blast, that’s what!

Chaired by our own Mme Cheryl Freedman (aka She Who Must Be Obeyed), featuring Canadian Guest of Honour Vicki Delany, and with most of our Mesdames in attendance, the 2014 Bloody Words Conference was, arguably, one of the best Writers’ Conferences ever held in our fair city.

Before the Conference even began, we were thrilled to enjoy “An Evening With Arthur”, at the formal Arthur Ellis Awards Banquet on June 5. Several of our Mesdames attended this Crime Writers of Canada function, including the evening’s MC and our current Chair of CWC, Mme Vicki Delany.

We were flying proud when Mme Melodie Campbell was presented with the Arthur Award for Best Crime Novella for her hysterically funny caper: The Goddaughter’s Revenge. If you don’t have your copy, be sure to line it up for your summer vacation!

(Below, Top)Toronto’s prestigious Arts and Letters Club provided a glittering venue for our CrimeLit ladies and gents. Here you see Vicki Delany, Robin Harlick, Howard Engels (who was presented with a Lifetime Achievement Award that evening!) and Cheryl Freedman.

(Below, Bottom, Left) On Melodie’s far left is Vicki Delany, immediate left is Lou Allin, on her right, Arthur Ellis Chair Cheryl Freedman and of course, the Hanged Man himself! 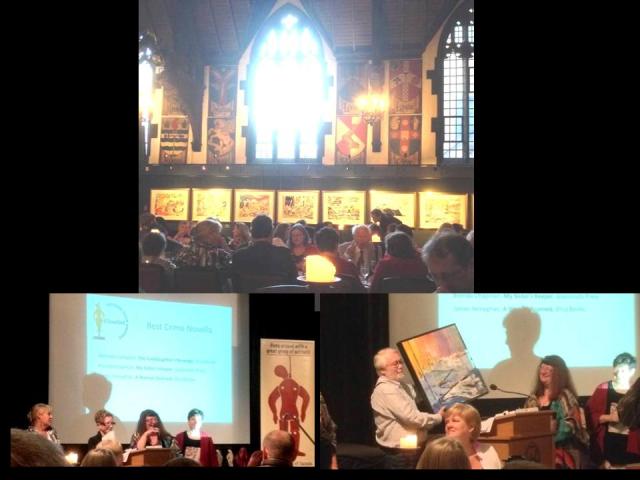 The Mesdames made a terrific showing this year, receiving TWO nominations in the Best Short Crime Story category for our anthology titled THIRTEEN:
The Emerald Skull by Sylvia Maultash Warsh
Watermelon Weekend by Donna Carrick

And, speaking of Awards, Mme Joan O’Callaghan also made the very short-list as a runner-up for the Bony Pete Award, for her story Runaway!

We were thrilled to also raise a cheer for Mesdames’ founder Madeleine (M.H.) Callway, whose debut novel Windigo Fire will be released by Seraphim Editions, Fall 2014. Kudos to you, Mad! 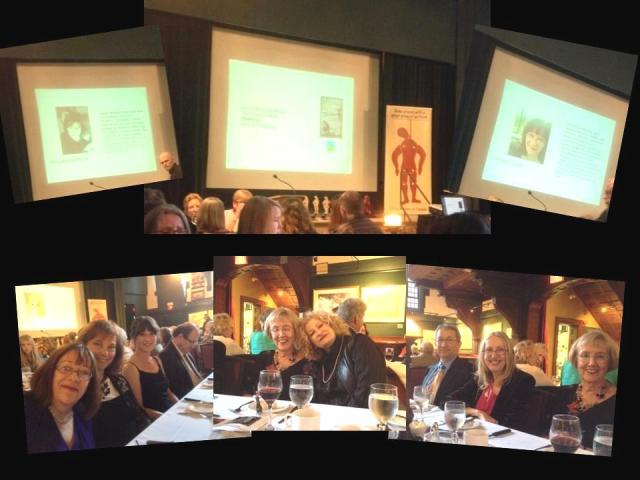 On Friday, June 6, (at high noon, no less) our CrimeWriters of Canada Board met for a wonderful lunch, hosted by former President Robin Harlick. 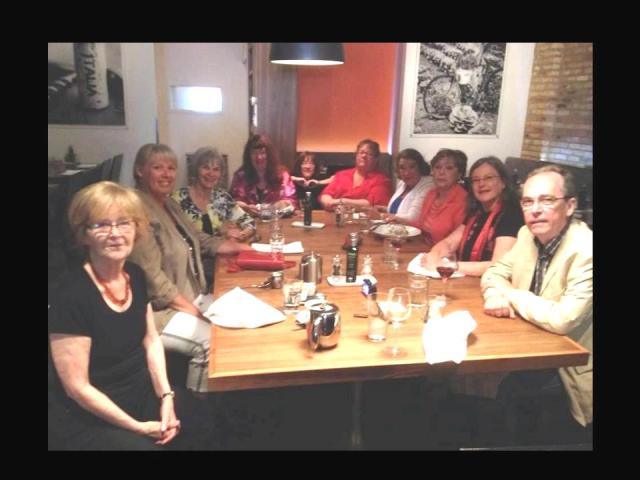 As the Bloody Words Conference began in earnest, the schmoozing and laughter could be heard in every corridor.

And, of course, this fine Conference is known for its world-class panels. There were numerous writers of distinction speaking on various aspects of the Crime genre. 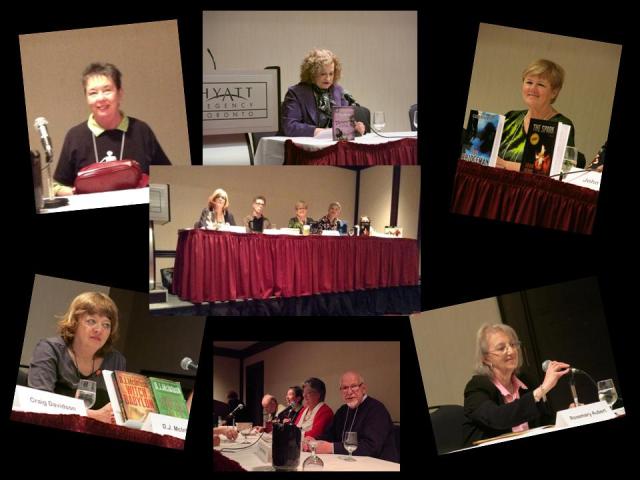 What is a Writers’ Conference without some good old silly fun? Our authors explore how far they will go in the quest for cover recognition, pounding the catwalk at the Books With Legs event! 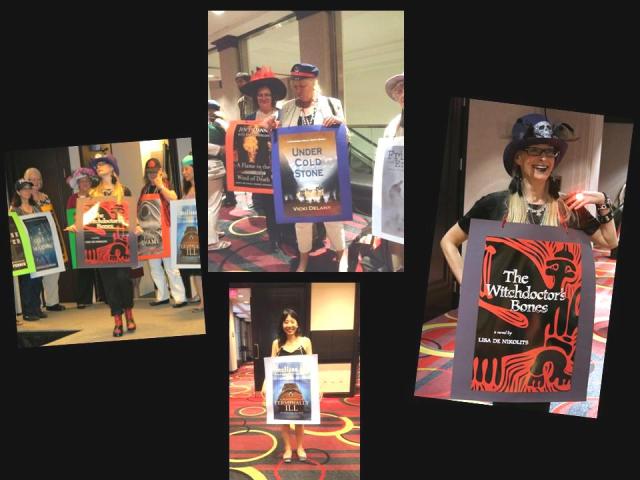 2 Responses to Raising a Glass to the Best Bloody Conference Ever! ~ by Donna Carrick