Mesdames on the Arthur Ellis Shortlist!

Posted on May 4, 2015 by mesdamesofmayhem 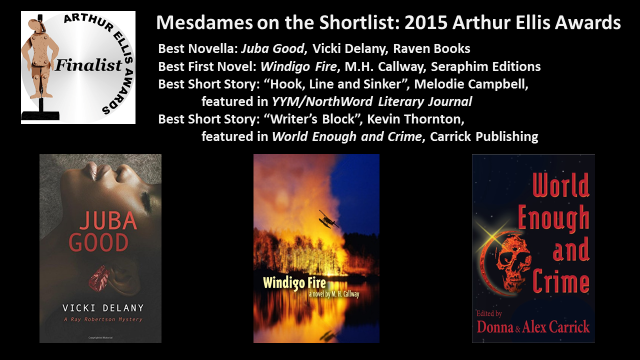 Crime writers across Canada were out in force on Thursday, April 23rd for the annual Arthur Ellis short list event held across three time zones in Vancouver, Calgary, Ottawa and Toronto. 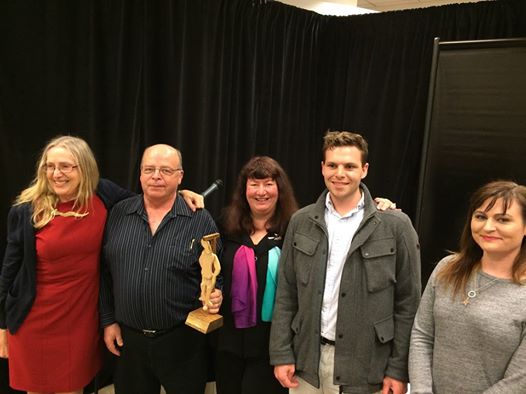 Three Mesdames of Mayhem are honoured to be finalists for Arthur Ellis Awards!

Mme M. H. Callway’s debut novel, Windigo Fire, (Seraphim Editions), is on the short-list for Best First Novel. Under different titles, it was a runner-up for the Unhanged Arthur and the CWA’s Debut Dagger awards.

In addition, Kevin Thornton’s imaginative story, “Writer’s Block”, is a finalist for Best Short Story. More kudos for Mme Donna Carrick, who together with Alex Carrick, are the editors and publishers of the crime fiction anthology, World Enough and Crime (Carrick Publishing).

Mme M. H. Callway voiced a humorous turn from Windigo Fire where the villain, Santa, grapples with a Prius.

And Mme Melodie Campbell had the audience in stitches describing a speed-dating event for unreformed, geriatric criminals in The Artful Goddaughter.

Not forgetting the noir side of crime, Mme Lisa de Nikolits, shared a gripping scene from her upcoming novel, Between the Cracks She Fell.

For a complete listing of finalists for the Arthur Ellis Awards, visit the website of Crime Writers of Canada.