Posted on August 13, 2015 by mesdamesofmayhem 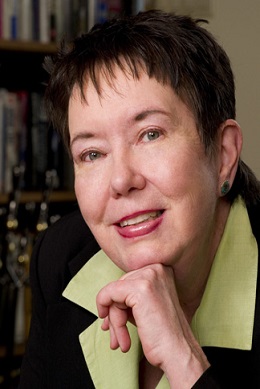 Read Rosemary’s latest crime story, “Plastic Paddies”,  in Destination Mystery. And learn more about her books on her website.

Moving Target is an interesting name for a blog. How did you decide on it?

I wanted to share the exciting adventure I’ve been on since Imajin Books accepted my first Pat Tierney mystery novel. Moving Target shows that writers’ career goals are constantly moving. Insatiable creatures that we are, as soon as we achieve one success, we’re gearing up for the next.

It’s been an amazing four years: Safe Harbor came out in March 2012, followed by Black Water in 2013. And several Pat Tierney short stories have been published since the blog’s inception. How could I not be passionate about this grand adventure of a lifetime?

And this passion translates into your blog!

I hope other writers can learn from the steps I’ve taken, and from my mistakes. I do my best to promote fellow writers on the blog, and not just mystery writers, with interviews and guest postings—especially when they have a new release. I’ve been helped along my way by veteran mystery writers such as Gail Bowen, and I like to pay it forward.

I’ve had Canadian authors Melodie Campbell and Cynthia St-Pierre describe how they co-wrote a novel (A Purse to Die For). U.S. writer and police officer Stacy Eaton told viewers about her fascination with vampires that resulted in her best-selling My Blood Runs Blue series. And Toronto-based Nate Hendley dropped by two years ago and discussed why he writes about true crime (Steven Truscott: Decades of Injustice,  The Black Donnellys: The Outrageous Tale of Canada’s Deadliest Feud).

Tell us about some of your favorite posts.

My most popular blog was my February 15, 2015 piece on the late Canadian mystery writer Alison Gordon, put up on the very day she died. Alison was the author of the Kate Henry mystery series, and a popular Toronto Star baseball columnist in the late 1970s. She was a trailblazer for women sportswriters; among other things, she insisted on interviewing players in the locker rooms after the games. Her mysteries touched on many issues in the sports world—the outsized contracts, the massive egos and bigotry among players. As a writer who wore two hats, she had a lot of fans, and her death saddened many people.

Another popular posting, in terms of the views it received, was the poll I ran on Nov. 16, 2011. Imajin Books had just come up with two covers for Safe Harbor, and I was too close to the project to decide between them. So I ran a poll, courtesy of WordPress’s sister company PollDaddy, showing the two covers and asking viewers to help me decide. The winning cover was unveiled in a Feb. 20, 2012 post, about a month before publication. Cover A won hands down with 69.29% of the vote, while Cover B garnered 30.71%. A post like this accomplishes several things: it gives the author and the publisher important feedback; it builds the buzz for the upcoming book; it gives other writers ideas they use; and it gives the blogger a real thrill as the poll results come in. Some writers run polls to help them decide between two book titles. 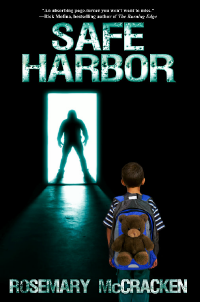 What do your followers tell you?

Many enjoy my author interviews and say they plan to look up these authors’ books. I certainly hope they did. Strangely though I’ve had several romantic overtures from viewers, which is especially strange considering that I’m not a romance or erotica writer. Those all went into the trash barrel!

I was in a cranky mood one day this spring, and I aired some of my pet peeves. Here’s what I wrote:

Etiquette on the Book Front

You’d think it would be a matter of common sense, but some people need rules to ensure that they put their best foot forward. Even in the book world.

Here are some guidelines authors should take a look at:

And some rules for readers:

This entry was posted in Uncategorized and tagged Moving Target, Rosemary McCracken. Bookmark the permalink.