Posted on July 3, 2017 by mesdamesofmayhem

The Mesdames of Mayhem are taking it easy this summer to laze in the sun like our kitty companion here, to travel and to write, write, write!

Throughout the summer, we’ll be featuring more blogs on how we’ve combined our love of writing with our love of travel.

We are looking forward to a busy fall with Word on the Street, Bouchercon 2017, the launch of Mme Lisa De Nikolits’ new book, readings at libraries and the Toronto Bootmakers and most of exciting of all –  the publication and launch party for our third anthology, 13 Claws!

THE BIG REVEAL – THE BOOK COVER FOR 13 CLAWS!

The Mesdames are delighted to introduce the winner and two finalists of our contest for first-time writers of crime fiction – with a preview of their stories! 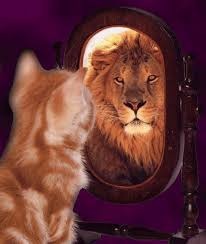 Bio: Even though Malachi, the hero of Night Vision, is a cat,  Mary confides that she’s never owned a cat, because for many years she bred show canaries and tropical fish. She’s actually a dog lover! She used to write the Basset Hound newsletter, known as All Ears for obvious reasons, as well as being a regular contributor to the Canadian Kennel Club magazine. Besides writing, she loves to paint, do pottery and engage in extreme gardening.

As the man hung up the phone, he turned to Malachi. “Got to get some sleep. I’m back on duty again tonight. Want to come with me? I could sure use some company out there.”

Malachi purred his assent, though he was fairly sure his message wasn’t understood. “Sure I’ll come along, if you’ll guarantee some refreshments,” he meowed.

That evening, as the man donned his coat, Malachi planted himself firmly at the front door, ready for an evening’s outing. That was one of the drawbacks of this new man. Malachi was never let outside for the night, his favorite time to be out on his own.

“Hey! That’s right! You can be my partner tonight. Two sets of eyes are better than one, they say, and for a private eye, that goes double!”

Partner! That appealed to Malachi. 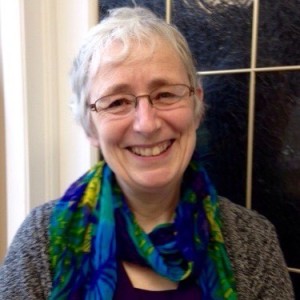 Bio: Rosalind was born in England and emigrated to Canada at age five. An interpreter by profession, she is a published writer of literary short stories and has just completed her first novel. Dana’s Cat, which is written entirely in dialogue, is her first foray into the mystery genre and she is thrilled to be part of 13 Claws.

You know, Cat, I haven’t talked to him in what, 20 years maybe? That’s the third call in three days, and now he wants to meet for coffee. I guess it’s the house going up for sale.

He was heartbroken when Dana left him. I used to go over sometimes. She didn’t have any friends or family, he said. No one else he could talk to about her but me. Grief had made him gentle, and the way he spoke…well, I believed he really loved her. It made me regret all the times I’d thought badly of him.

We’d been secret friends, Dana and me. She didn’t have to tell me. It was the way she came over only when he wasn’t there, and never called or invited me to join them or anything. Jack had a temper—I knew that from work. And there was something else about him, you know? Charming as all get out, but there was something you couldn’t quite put your finger on that made you want to leave the room.

Oh, he was grief-stricken when she left him. And then he wasn’t, had no interest in talking about her anymore. So in the end, it was a relief when he sold the place and moved on. A relief that he moved on, that is. Him selling, well, that just meant it was his to sell, you know? Which meant someone, somewhere, decided Dana was dead. 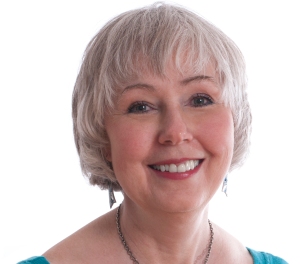 Bio: Marilyn debuts two crime short stories this fall: “That Damn Cat” in 13 Claws and “Journey into the Dark” in the Bouchercon 2017 Passport to Murder anthology. She began writing as a contributor to the Dictionary of the Middle Ages, before working as a business journalist, then in government communications and social media coaching. She is an executive member of Sisters in Crime – Toronto.

Detective Sergeant Lou  continued, “Probable time of death was sometime on the Sunday night. Recovered nail scrapings and some fine cement dust powdering parts of her body indicate possible confinement in an unfinished or partially finished basement or a garage.

As an afterthought, he added, “A further consideration is to look for cats. Forensics found cat dander and a few long orange cat hairs stuck in the victim’s dark brown hair.”

“So we’ll be interviewing all the cats in the neighborhood, too?” Detective Constable Joe quipped. There was a collective groan. But as Lou allocated assignments, Maureen could see crooked smiles on a number of her colleagues’ faces as they grabbed their notebooks and proceeded to their tasks.

News Flash: Mme. Rosemary Aubert is not taking the summer off from readings! On Mon. July 24th, she will be at the Pape-Danforth Library, 701 Pape Ave. at 6:00 p.m. to discuss mystery writing and her recent book of short stories, The Midnight Ferry to Palermo.