MESDAMES ON THE MOVE: SEPTEMBER

Posted on August 31, 2017 by mesdamesofmayhem

WE’RE BACK!! And Fall 2017 is going to be hot and super busy for The Mesdames.

13 Claws, our latest anthology is going to press! We have received a wonderful endorsement from renowned Canadian crime author, Maureen Jennings, who writes:

“A great mix of shuddery dark and tongue-in-cheek funny. What devious minds all these nice women have. Murdog liked the stories as well.”

Advance print copies will be available  at Word on the Street and at Bouchercon.

The Mesdames will be back at Toronto’s Word on the Street on Sunday, September 24th from 11 am to 5 pm. The festival takes place every fall at Harbourfront Centre, 235 Queen’s Quay West.

And here are a couple of pics from last year:

Word on the Street celebrates books and literacy. There are a host of events, readings and vendor booths to explore. This year Mmes Cathy Astolfo, Jane Burfield, M. H. Callway, Lisa De Nikolits, Rosemary McCracken, Lynne Murphy and Sylvia Warsh will be back to promote Canadian crime fiction.

Melodie Campbell, our Queen of Comedy, has a great new book out: Worst Date Ever is now available at Chapters / Indigo and on Amazon.

Here’s the teaser: Jenni has been widowed for two years and everyone is pressuring her to get back into life. She signs up on a dating site. It’s only a date for one night. How bad could it be?  We have a fair idea! 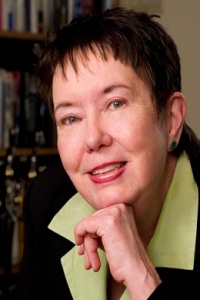 And Rosemary McCracken’s  story, “The Queen-sized Bed”, is part of the Bouchercon anthology, Passport to Murder, now available for pre-order on Amazon. The book has received a starred review from Publishers Weekly.  If you are attending Bouchercon 2017, you can get your copy signed at the group author signing on Saturday, October 14th. More details in next month’s Mesdames on the Move.

TOMORROW:  September 1st to 2nd,  Melodie Campbell, will join crime fiction authors from Ottawa and Eastern Ontario at the first-ever crime writers festival in Prince Edward County, Women Killing It .  The afternoon tea on Saturday, Murder at the Vicarage is sold out but other events are still open. Best to check that tickets are available before heading down to beautiful Picton, Ontario.

On Saturday, September 9th, 1:00 pm, Rosemary Aubert, M. H. Callway and Rosemary McCracken will be guest panelists at the Bootmakers  of Toronto to show how Sherlock Holmes led them into a life of crime…writing. 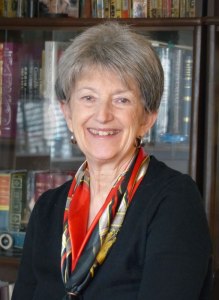 This promises to be a terrific meeting with Monica  Schmidt, a Sherlock Home Adventuress, presenting  Deduction is a Hell of a Drug: Holmes, cocaine, and the ICD-10,  a craft table (food!), quiz, song and an appearance by Mrs. Hudson.

The featured Sherlock Holmes story is “The Adventure of the Copper Beeches”.  The Bootmakers meet at the Beeton Auditorium, Toronto Reference Library, 789 Yonge St at 1:00 pm. Tickets for non-members are $12 at the door.

Lisa De Nikolits has two great events coming up. On Wednesday, Sept 20th, 8 pm, she will be reading at the Chi Series, Noir Night, together with Terri Favro and other masters of noir whose stories appear in the anthology, Pac ‘N Heat.

The event takes place at Round Venue, 152A Augusta Street, Kensington Market, Toronto.

Lisa’s latest book, No Fury Like That,  launches on October 5th! This fascinating metaphysical mystery is already getting warm reviews.

And on Thursday Sept 28th, Lisa and Cathy Dunphy, will be discussing crime fiction with Canada’s legendary author, Peter Robinson.  The event is being organized by the Kew Balmy Beach Club to showcase local authors living in the Toronto Beaches.  Details on time and venue later this month!