Posted on October 17, 2017 by mesdamesofmayhem

THE FINAL SNEAK PREVIEW OF 13 CLAWS!

Do join us for our launch on Saturday, October 28th, 2 pm at our favorite bookstore, Sleuth of Baker Street. Treats and readings and more! 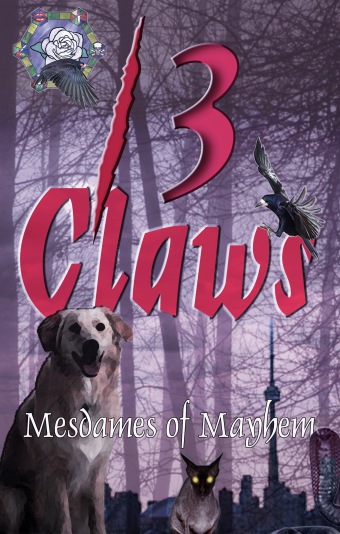 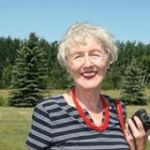 The Lion King by Lynne Murphy

Lynne Murphy is one of the founding members of the Toronto Chapter of Sisters in Crime. Her crime fiction short stories have appeared in several anthologies, including Thirteen, 13 O’clock and The Whole Shebang. Lynne’s stories often centre on the comic antics of a group of ladies at a seniors’ condo. But in “The Lion King”, she shows her dark side and poses the question, are pets really our friends?

The Woman should not have called me Mopsy.

My first human, Daniel, called me Simba, a lion’s name, a proper title for a member of the Royal House of Abyssinia. Mopsy is a name for a tabby,  something meek and helpless. I have never been helpless.

Daniel understood that I was his equal. I came to live with him as a kitten. His female offspring thought he was lonely after his mate died and brought me to him.

Daniel looked at me and said, “An Abyssinian cat. I hear they are as intelligent as Siamese and not nearly as noisy. Thank you, Sarah.”

Daniel and I were very comfortable together for five years. We would go for walks most evenings and he would tell me about Abyssinia, now called Ethiopia, and about the importance of lions there. Their emperor was called The Lion of Judah. Then one day Daniel collapsed on the floor, and I couldn’t wake him up, no matter how hard I licked his closed eyes. At last I remembered the collar he wore around his neck. Sarah and he had talked about it. I pressed the button with my paw. Then people phoned and banged on the door, but it was too late.

Ed Piwowarczyk is a veteran journalist and professional copy editor. His dark crime fiction stories have been published in many anthologies including 13 O’clock and The Whole Shebang.  Snakebit goes even darker into noir relating what happens when  an army vet with a sinister secret meets a femme fatale bent on revenge.

Rodriguez grabbed the snake with his left hand and fit the snake’s fangs over the side of the funnel. The rattler bit the membrane, releasing a yellowish venom. With his thumb and middle finger, he depressed two glands near the reptile’s jaw to extract all the venom. Then he maneuvered  the snake back into its bin.

He repeated the procedure with more snakes that hissed and rattled to signal their displeasure, until the vial was about three-quarters full.

“All that trouble for that?” Turner remarked.

“Oro, señor,” Rodriguez replied as he capped the vial.

“Liquid gold,” Sadie said. “It’s worth thousands. He freeze–dries it and ships it to clinics, labs and universities. They use it for research and to make antivenom .”

Rodriguez beckoned them to follow him into the snake house. “Come! Let me show you my beauties.” He ushered them in and stopped to place the vial in a compact fridge. Then he pointed to racks that the length of the building along two walls, and beamed. “There are Mojaves, western diamondbacks, sidewinders, corals—”

“That’s it for me.” The snake house was creeping Turner out. “I’ll wait outside.”

Rodriguez shook his head in feigned disappointment and pointed at Turner’s tattoo. “Señor, I thought you might enjoy being among your own kind.”