Sleepless nights on the crime beat

Posted on January 21, 2018 by mesdamesofmayhem

Just as exploring the minds and motivations of dark characters may be disturbing for crime fiction writers, journalists covering cases of violent crime may find listening to court testimony unsettling. 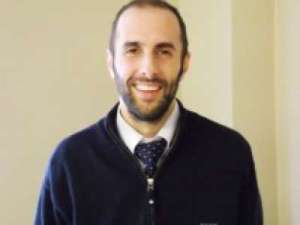 The 10 months he spent covering the Jennifer Pan murder trial for YorkRegion.com and other news outlets, and the subsequent year writing A Daughter’s Deadly Deception: The Jennifer Pan Story (Dundurn Press) were intense and stressful times for Jeremy Grimaldi. “I stopped sleeping well, I stopped doing yoga. It was tough being in this young woman’s world,” Grimaldi told Sisters in Crime Toronto this week.

“But I had to write about it. It was such a crazy, powerful story, and there was no one else to write it.”

In 2015, Pan was convicted of first-degree murder for hiring hit men to kill her parents four years earlier. The attack was intended to look like a home invasion gone…

This entry was posted in Writing. Bookmark the permalink.