MESDAMES ON THE MOVE: DECEMBER 2018

Posted on December 2, 2018 by mesdamesofmayhem

HAPPY HOLIDAYS FROM THE MESDAMES!

We were blown away to be so honoured! And we owe everything to Carrick Publishing.

Building on our success, our fourth anthology, In the Key of Thirteen, is underway. And the second contest for new authors previously unpublished in crime fiction opened on October 15th with the deadline for submission, March 1, 2019. Check the page on this website for submission rules.

BOOKS FOR THE HOLIDAYS!

Lisa De Nikolits’ latest literary thriller, Rotten Peaches (Inanna Publications) is a gripping epic filled with disturbing and unforgettable insights into the human condition. Love, lust, race and greed. How far will you go? Two women. Two men. One happy ending. It takes place in Canada, the U.S. and South Africa. Nature or nurture. South Africa, racism and old prejudices — these are hardly old topics but what happens when biological half-siblings meet with insidious intentions? Can their moral corruption be blamed on genetics — were they born rotten to begin with? And what happens when they meet up with more of their ilk? What further havoc can be wreaked with devastating familial consequences?

Caro Soles has a new novel, People Like Us (Crossroad Press) that asks how well do you know your friends? At a cottage reunion of old university pals, a long-buried secret threatens to crack their perfect lives wide open. Tentacles from the past grasp each of them, until one buckles under the pressure and slides headlong into murder.

Rosemary Aubert has a new book of poetry, Strong, Certain and Alone: Poems in the Voice of Isaac Newton (Carrick Publishing). These poems, written as though in his own voice, show Sir Isaac Newton to be a person much more at ease in searching for answers to the mysteries of the universe than to the secrets of his own heart.

Melodie Campbell’s The B-Team: The Case of the Angry First Wife (Orca Book Publishers) is a spin-off comedy adventure of Melodie’s popular Goddaughter series. Del, Gina’s cousin, teams up with her elderly Aunt Kitty and scary friend, Ritz, to do wrong for all the right reasons. And sometimes it even works!

Sylvia Warsh’s story, “The Cabin in the Woods” appears in the 2018 Malice Domestic anthology, Mystery Most Geographical. Setting is the critical element in all the crime stories. Sylvia and  Susan Daly are the only two Canadian authors in the collection, both Toronto Sisters in Crime!

Roz Place’s short story, “The Garden Door”, appears in The County Wave (Cressy Lakeside Books), an anthology of 21 Prince Edward County authors, with a wide range of styles and storylines that are thought-provoking and entertaining, with illustrations by local artists. 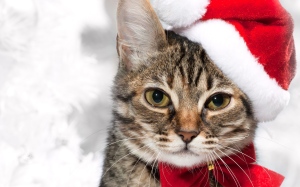 On Thursday, Dec 6th, 6:30 pm the Mesdames will be out in force to celebrate with friends and fellow authors at the annual Sisters in Crime/CWC Holiday Party. This year the party will be held at 60 Collier St, Toronto.  Tickets are available online through Toronto Sisters in Crime. 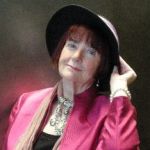 Caro Soles is delighted to share that she has signed a contract with Inanna Publications for her new novel, Dancing with the Chairs in the Music House. Publication date to be announced next year.

COMING UP ON DEAD TO WRITES

December 16: Interview with E.C. Frey (Entangled Moon). Reading by Donna Carrick of “Kitty Claws to the Rescue” by Rosemary Aubert, 13 Claws by the Mesdames of Mayhem, Carrick Publishing, 2017

December 23: Interview with author Marilyn Kay (“That Damn Cat”, “Journey into the Dark”). Reading by Donna Carrick of “That Damn Cat” by Marilyn Kay, from 13 Claws by the Mesdames of Mayhem, Carrick Publishing, 2017

December 30: Interview with author Joan O’Callaghan (Colours of Canada, Amazing Days). Reading by Donna Carrick of the short story “Thrice the Brinded Cat” by Joan O’Callaghan, from 13 O’Clock, by the Mesdames of Mayhem, Carrick Publishing, 2015

This entry was posted in Anthologies, Awards/Achievements, books, Dead to Writes, News. Bookmark the permalink.